Ultimately, Detroit and other stressed cities don’t have much choice. They must land on solid ground and use new revenue to pay off existing debt. The marvel of public-private partnerships is that a significantly reduced debt load and shift of responsibility to the private sector can allow a city to turn to other priorities, like buying more textbooks for students or enhancing local parks that are a city’s true public trust. Divesting noncore assets may be the best way for many towns — not just Motown — to regain their momentum.

Cities are problems for authoritarian control, the traditional narrative goes, because by concentrating large masses of people, they improve communication networks, allowing anti-establishment sentiment to spread. In physical terms, dense neighborhoods are also ideal centers of resistance, easily blocked by barricades and featuring plenty of hiding places. To counter this, the wide boulevards of capitals like Washington, Paris, and Beijing have a practical as well as aesthetic purpose: allowing easy movement of police or the military in times of civil disturbance.Wallace argues that authoritarian regimes typically lavish attention on big cities over rural areas, knowing that this is where resistance is likely to take root first. But, he says, these efforts can ultimately be counterproductive as they encourage more people to move to cities. This is likely to be an issue in coming years for rapidly urbanizing China, which has typically taken the thousands of rural village protests that take place each year far less seriously than any sign of organized opposition in major cities.

…one of the most intriguing theories, and one with vast implications for America in particular, comes from Christian Pfeiffer, the director of the Criminological Research Institute of Lower Saxony in Hanover.Mr Pfeiffer has found a correlation between declining rates of children being spanked (or otherwise punished physically) and subsequent decreases in violent crime.

Professor Brian Forst is an expert on law enforcement and said in a report that gains in knowledge about what works in policing have not kept pace with gains in information technology. This is the problem Mark43 is trying to solve. The startup was founded by three Harvard graduates who won the grand prize in the Harvard University President’s Challenge on entrepreneurship. The three founders — Scott Crouch, Florian Mayr and Matthew Polega — were in an engineering design seminar and tasked to assess the success of a new policing model implemented by a team of state troopers. They saw how the existing software was wasting massive amounts of time and began designing a better solution.
Back to top 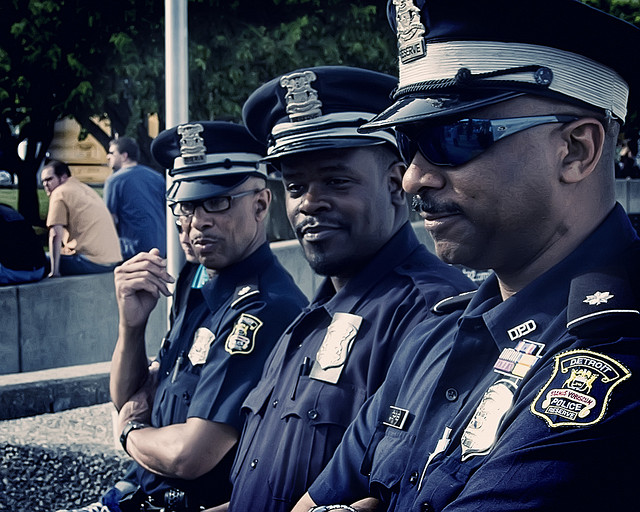