Much has been written about the current HealthCare.gov debacle, and yet, the results shouldn't be that surprising given these brutal statistics on commercial and government IT projects.

The Standish Group, which has a database of some 50,000 development projects, looked at the outcomes of multimillion dollar development projects and ran the numbers for Computerworld.Of 3,555 projects from 2003 to 2012 that had labor costs of at least $10 million, only 6.4% were successful. The Standish data showed that 52% of the large projects were “challenged,” meaning they were over budget, behind schedule or didn’t meet user expectations. The remaining 41.4% were failures—they were either abandoned or started anew from scratch.

To have a fighting chance at success, a startup organization might be the only way to successfully design a complex system of "rules" — the coordination of human interactions — to tackle digital projects at the scale of HealthCare.gov. The Department of Health and Human Services, with its business unit orientation and legacy culture, is not the best choice for governance of this type of project. Instead, the organization responsible should be one with a functional mandate — a focus on digital products and services. Fortunately, a model to which the U.S. government can look already exists: the UK's Government Digital Service. Its simple website states:

...our core purpose is to ensure the Government offers world-class digital products that meet people’s needs.

When he read about the technical failures plaguing HealthCare.gov, Mike Bracken said it felt like a real-life version of the movie Groundhog Day. During the past decade, the government in the United Kingdom faced a string of public, embarrassing and costly IT failures. Finally, a monster technical fiasco — a failed upgrade for the National Health Service — led to an overhaul of the way the British government approached technology.Instead of writing behemoth, long-term contracts with a long list of specifications for outside contractors, Parliament greenlighted the creation of the Government Digital Service, a “go-team” of 300 technologists who began streamlining 90 percent of the most common transactions the British people have with government. It appointed Bracken, a tech industry veteran, as the first ever executive director of digital — a Cabinet-level position.Two years later, gov.uk is a single, simple platform connecting the hundreds of British agencies and allowing people to pay taxes, register for student loans, renew passports and more. Doing technology this way is saving British taxpayers at least $20 million a year, according to government estimates.

And, more specifically, Mike Bracken believes that the legacy of rules around procurement is outdated and ineffective for the creation of digital products.

...We were getting too bogged down in long-term multiyear procurements. We were trying to predict the future in a digital world that’s changing rapidly. Because we were trying to buy things with five, eight, 10-year cycles, we just couldn’t possibly keep pace with what was happening. Also we weren’t getting good values as a result of that. We were trying to outsource the whole thing into a certain contract type and weren’t really in control of that. And the final thing is, you weren’t able to react to user need. Users’ needs change. Because we were locked into these big timelines and because we were costing a lot of money, we couldn’t react to users’ needs and actually to changing policy needs.So all those factors combined to really create an inertia at the center of government, and to unlock that inertia you need many different things. But the critical thing you need is delivery skills. You need a new younger generation. Not just a younger generation but younger skills. It’s like the Internet generation. You can create stuff really quickly, that can get stuff out the door maybe in alphas and betas, try early projects, and iterate and change them depending on user need. ... And that’s a fundamentally different model than trying to predict the future and buy your way out of it with big contracts. We’ve had to really unpick some learned behavior that government’s had for the best part of 20 years.

As Paul Romer has said, "a crisis is a terrible thing to waste." Bracken concurs.

My hope is that the current shockwaves of what you’re going through here are strong enough to implement a new approach and actually to get political will behind having digital skills in the center. 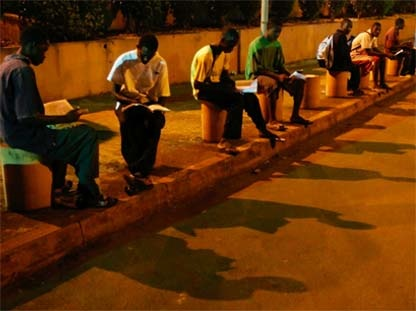