Princeton’s Innovations for Successful Societies has recently published a series of case studies on the successes and challenges of anti-corruption agencies.  The studies include Lithuania 1997-2007,  Latvia 2002-2011, Indonesia 2002-2007, and Indonesia 2007-2011.  In all three countries there were efforts to model the agencies (often at the urging of the World Bank) after Hong Kong’s Independent Commission Against Corruption (ICAC), where the governor general was able to use a combination of new rules and education to shift social norms about corruption and sharply curtail corrupt practices.

Some of the challenges and lessons learned in Lithuania, Latvia, and Indonesia include:

1.  Who guards the guardians — When the ICAC was first established in Hong Kong, a systems of checks and balances was maintained.  As Paul Romer summarized:

The governor general in Hong Kong was not an authoritarian leader. He answered to the democratically elected British prime minister but his position did not depend on local political contests. As a result, neither the governor general nor the commissioners that answered to him had any interest in using the substantial powers of the commission for narrow political gain. They could be trusted with strong powers because they were held accountable to an offshore democracy that wanted Hong Kong to thrive.

Lithuania, Latvia, and Indonesia could not rely on the same structure of external credibility. To fill the role of watchdog, they relied instead on the media, NGOs, and civil society  while also needing political will. Such strategies can be difficult to pull off, particularly if the media is undermined by the political system or if the public is not well educated about the existing culture of corruption. From the report on anti-corruption efforts in Indonesia from 2002-2007:

…Besides the foresight of the [Corruption Eradication Commission’s (KPK)] leadership and the strength of its legal powers, Danang Widoyoko, chairman of Indonesia Corruption Watch, cited support by the public as a critical factor behind the KPK’s success. He compared the political elites of a country establishing an anti-corruption agency to “inviting a tiger into your home, a tiger that can attack you. Whether the tiger will be tame, or very effective, depends on the people.”

And from the report on anti-corruption efforts in Indonesia from 2007-2011:

When KPK Commissioner Chandra Hamzah despaired about the personal attacks he faced, he took heart from similar cases—from Nigeria to Hong Kong. In Hong Kong, he said, the police had tried to burn down the anti-corruption commission’s offices but were stopped by the intervention of the British governor general. To Chandra, the lesson of the story was the importance of high-level political support as the backstop of an anti-corruption agency. “Hong Kong was successful,” he said. “Indonesia is still waiting.”

…Ultimately, the lesson of the KPK’s second term was the importance of establishing strong support. KPK adviser Ary Nugroho said the KPK “must be supported by stakeholders. In Indonesia, those stakeholders are the NGOs and the media. When the KPK is under attack, the NGOs and the media defend it.” He added that civil society should offer constructive feedback to the KPK in its work but support it when such help is required. “Most of the [NGOs] know the KPK is the last hope of the country,” he said. “If there is no KPK, there is no hope to eradicate corruption.”

Valts Kalnins of corruption research center Providus advised: “When you manage an organization like this, and you know there are sophisticated ways to influence it, and you know people from outside will test your security to look for weak links, you really cannot base your management on the presumption of trust. You need a high degree of mistrust, put into nice words like risk management.”

Because of the unusual vulnerability of anti- corruption work, the early development of strict protocols to manage finances, information, and human resources is imperative to success. With a hectic start and a relatively small team, [the Corruption Prevention and Combating Bureau (KNAB)] had neglected those controls, leading to a scandal that brought down Loskutovs and blemished the bureau. Only belatedly did KNAB come to see strict internal controls as vital protection for the bureau and its reputation.

3.  Multi-pronged approach — Hong Kong simultaneously pursued high profile investigations and a broad education campaign aimed at changing social norms about corruption. This two-pronged approach proved to be effective. However, due to resource constraints, this wasn’t always possible. In Lithuania:

STT leaders operated in an environment of political and structural constraints during the decade that ended in 2007. They did not see viable options among the resources that other strong anti-corruption agencies turned to during political crises: public protests, allies in media and civil society, and high-level political or judicial interventions. Thus, instead of overcoming political resistance, the STT leadership took a more adaptive approach, shifting its tactics to survive. That survival was an achievement in itself, considering parliament’s eagerness to strip the STT of powers after the 2004 elections.

However, the wisdom of the STT’s shift away from big-fish investigations remained open to debate. On one hand, by growing more cautiously, the STT lost public credibility and failed to make major inroads into Lithuania’s corruption environment. In some cases, other investigative agencies stepped in to fill the gap, such as the financial police’s investigation of Labour Party leader Viktor Uspaskich in 2008… And the STT still pursued certain significant cases, such as a 2008 bribery cases against the deputy mayor of Vilnius and the mayor of nearby Trakai. Presumably, however, many big fish slipped through the net.

On the other hand, the shift away from high- profile investigations freed resources and political capital and gave STT leaders the time they needed to focus their attention on internal reforms as well as preventive and educational measures. While drawing less fanfare than politicians in handcuffs, “changing the rules of the game” and “changing values” could have long-lasting impacts in the war on corruption, as former STT director Povilas Malakauskas argued. 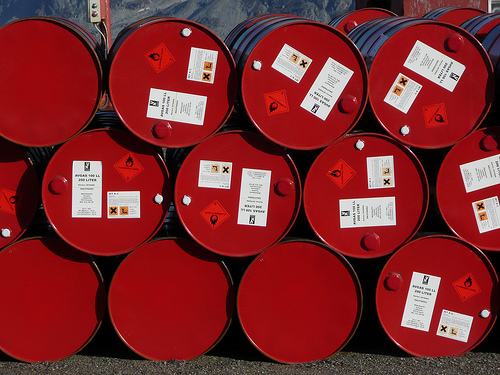