skip to main content
more on: density,  land use

Vehicles impose higher congestion costs in denser neighborhoods. To illustrate this point, the first graph below shows the population density of various neighborhoods and the street area per person in each neighborhood. 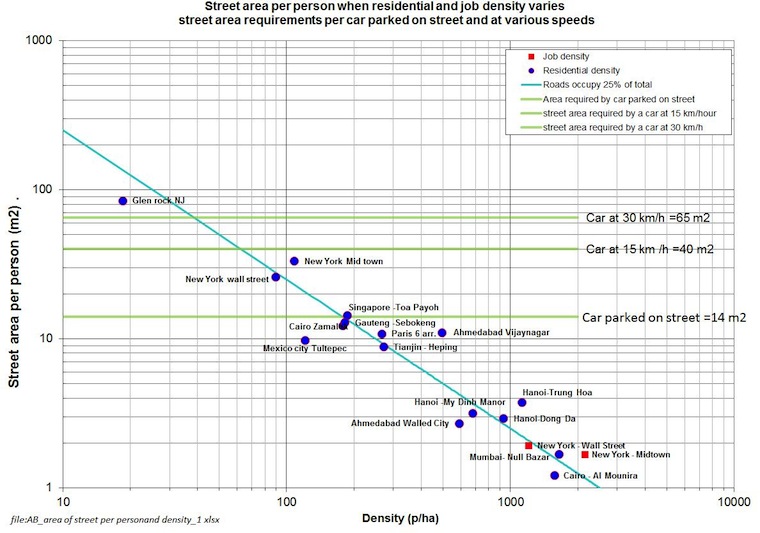 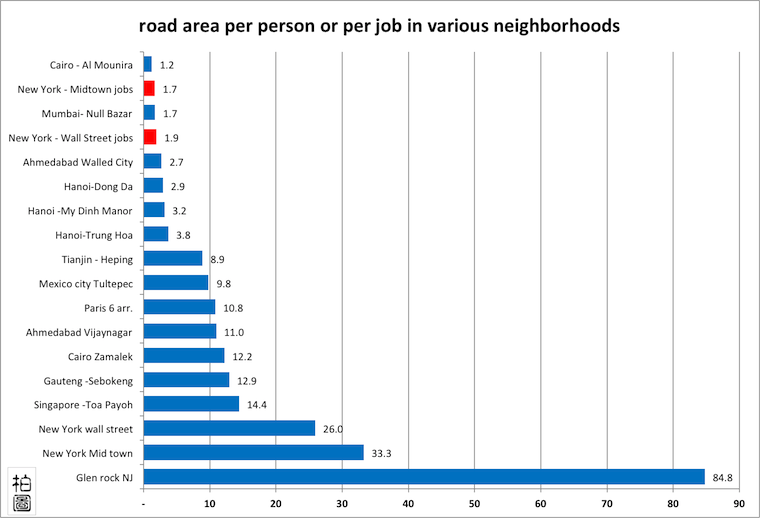 The graph helps to illustrate two important points about land use and transportation:

The figure below from PlanNYC shows that streets cover 26.6% the land area for the entire city of New York. (In Midtown Manhattan, a place where land values are an order of magnitude larger than those in the rest of the city, roads cover 36% of the land.) 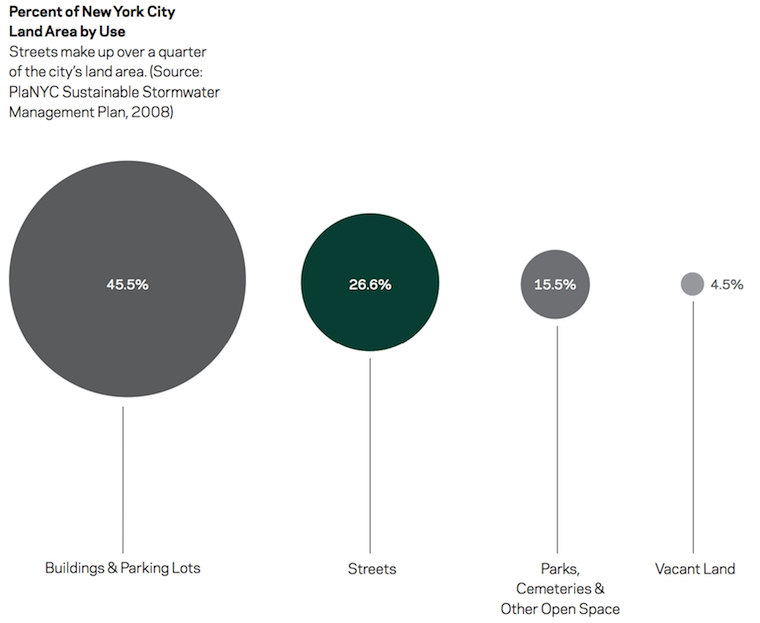 This suggests that the mis-pricing and mis-allocation of urban streets is no trivial matter. More than one-quarter of New York City’s land is used in a wildly inefficient manner. Of course, the issue is also one of equity as well — cities need to give serious consideration to whether parking for private cars is the best use of the publicly provided streets that tend to be the source of so much that is vibrant and interesting in densely settled neighborhoods. 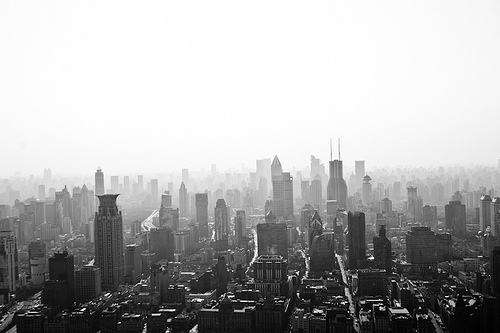