The local government in Shaoyang, a city in Hunan Province, recently gave 1,000 retirees the authority to ticket their fellow citizens for traffic violations and other infractions such as littering, spitting, and petty theft. The retirees, members of a neighborhood watch committee, receive 500 renminbi per month along with 80 percent of the fines they collect. Though it’s intended to shore up the city budget and address quality of life problems, the measure has proven controversial. From an article in The New York Times:

“People in this city have no respect for the law, making the traffic situation really terrifying,” [one resident] said, “but this crackdown is going very far, perhaps too far, in the other direction.”

If the city’s goal is to shift social norms about quality of life issues like littering, spitting, and traffic safety, this approach is problematic. The article makes it clear that some people see the enforcement tactics of the neighborhood watchers as overzealous, driven more by profit than fairness, concerns for safety, or quality of life. Residents are unlikely to take normative cues from authority figures that they see as illegitimate. The respect enjoyed by an honest cop is likely to be elusive for a deputized retiree working on commission.

A related question is “Who guards the guardians?” — who keeps the neighborhood watch in check? This question is hard enough to answer in hierarchical law enforcement agencies, but it’s even more ambiguous in a case where a city sources enforcement from untrained civilians.

Shaoyang should take a page from Bogotá’s policy playbook instead. Former Bogotá Mayor Antanas Mockus made use of mimes to publicly ridicule reckless drivers, jaywalkers, pickpockets, and other scofflaws. Mockus’s tenure included other innovative approaches to shifting social norms on issues such as women’s safety and water conservation. Soft sanctions and educational efforts (which seem better suited to neighborhood watchers) shouldn’t replace formal sanctions for things like dangerous traffic violations, but they can definitely complement them.

In Shaoyang, a successful effort to educate people about quality of life problems such as littering or spitting, combined with the sorts of soft sanctions that Mockus deployed, could induce the sort of self-sustaining normative change that can enhance the legitimate efforts of formal law enforcement.

Addendum: At The Atlantic Cities Blog, John Metcalfe brings attention to an innovative approach to soft sanctions for traffic scofflaws in Florianópolis, Brazil:

The next time you stop far out into a traffic light, be prepared for eight beefy Brazilians to rush your car, pick it off the ground and move it backward to where it should be…The auto hoist actually happened recently in Florianópolis, the capital of Santa Catarina, as part of a local Rotary Club’s battle to shame drivers who stray into the zebra lines. With the support of area businesses, the club plans to stage similar pedestrian-safety efforts over the next three years as part of its “Respect Life, Respect the Crosswalk” campaign. 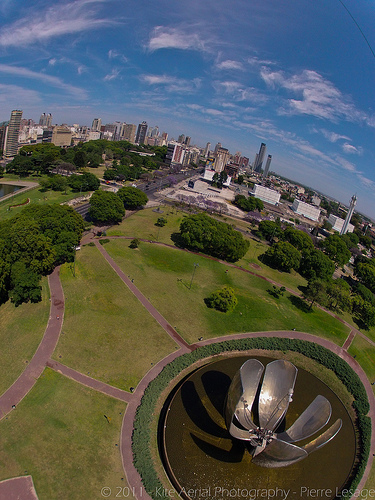