The impacts of climate change are already affecting the livelihood of families in certain parts of the world.  Evaluation of the potential climate mitigation policies (e.g., reductions in greenhouse gases emissions, preventing large-scale deforestation, etc.) typically assumes an inverse relationship between spending on mitigation and adaptation strategies. However, even significant investment in climate mitigation will lessen but not eliminate the need for climate adaptation strategies for impacted regions.

In considering the trade-offs between mitigation and adaptation spending, it is important to remember that between these two options, adaptation presents the more difficult public management challenge. An excellent example of the management challenges in adapting to climate change is demonstrated by recent efforts to adapt to increasingly frequency of dzud events in Mongolia.

Dzud is a natural disaster characterized by a harsh winter along with, where there is mass die off of livestock due to a combination of heavy snowfall, extreme cold, and frozen pastures. The severity of a dzud event is a result of summer drought in the previous months, leading to poor forage conditions, cold temperatures, and heavy snowfall during the winter, causing animals unable to graze. Climate change has not only had direct impacts on the conditions that create dzud events, but has also reduced the available land for pasture use due to increasing rates of desertification in Mongolia.

The failure to improve climate resiliency in preparation for extreme dzud events has resulted in the loss of millions of tugrick (Mongolian currency) in direct economic impacts, even before factoring in downstream and indirect impacts.  There is a lengthy chain of cascading impacts that are triggered due to climate change-related dzud events that goes far beyond the direct impacts of loss of livestock.  Loss of livestock results in increased rates of malnutrition among children living in rural parts of Mongolia.  The economic impacts of loss of livestock results in the forced migration of large numbers of herders from rural  communities to the capital in Ulaanbaatar to look for work, thus increase the depletion of social services.   Poor housing conditions for these migrants requires heavy use of coal burning during winter nights to stay warm, which exacerbates an already dire problem with outdoor air pollution.  Additionally, inadequate liquid waste management systems in the city have resulted in increased rates of contamination of vital drinking water sources.

The frequency of dzud events varies by geographical location (i.e., desert, grassland or mountain ranges) and minor events occur every 2-10 years depending on local conditions. Comparing administrative records on animal mortality with data from meteorological stations show that years with dramatically elevated animal mortality rates (1966, 1967, 1968, 1977, 2001 and 2010) were all preceded by a lower than average winter temperatures.1 Each of these major dzud events resulted in the death of more than 5% of the total livestock in Mongolia which is a significant impact for a country that is heavily dependent on herding. These challenges have only intensified since 2000, with the frequency of major dzud events increasing significantly due to climate related factors.

For example, a major dzud event around 2001 resulted in a 15% annual mortality of the livestock; another in 2010 left annual livestock mortality at over 22%, or nearly 10 million animals.2 Currently, Mongolia is experiencing a major dzud event for the second consecutive year which has resulted in a state of emergency that has elicited support from international organizations.

Although there exists an extensive literature proposing government policies designed to prevent the socioeconomic burdens associated of dzud damage, there is a lack of data and research regarding on how these policy changes can actually be implemented or how effective these strategies are in helping herders prepare for dzud events. Anecdotal evidence, primarily reported through the local media, indicate that government efforts to reduce the burdens of herders over the last two years of dzud events has had limited effectiveness, primarily due to the management challenges of implementing what would otherwise be effective strategies.  The following are several examples of such challenges in implementing climate change adaptation strategies:

In each of the above cases, it was not a failure in planning but a failure in the management and execution of these strategies that limited the effectiveness in adapting to climate related dzud events. It is a stark reminder that adaptation to climate change, which in theory is the alternative to sufficient investment in climate mitigation, is not necessarily easy to accomplish, even in the face of immense economic and social pressures.

Climate change is no longer a future challenge for Mongolia; it is already here. Considering that recent severe Eurasian winters are likely a product of arctic sea-ice melt, extreme winter trends are likely to continue and intensify with climate change.6 Therefore, it is important to address local, site-specific conditions to reduce vulnerability to climate hazards and related social, economic, and political disruption. As the socioeconomic impacts of severe weather events such as Mongolian dzuds continue to worsen around the world, it is vital that increased efforts are put towards research into both disaster risk reduction and climate adaptation management strategies. 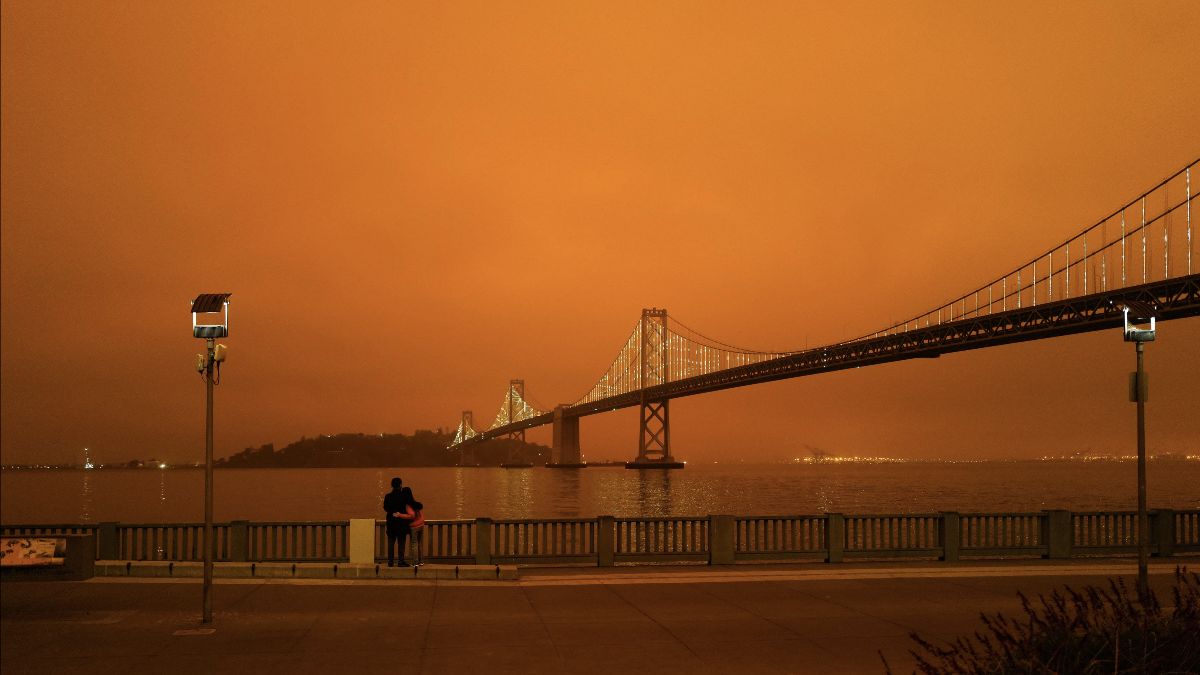