The Economist's recent article Boomtown slum discusses life in the Kibera slum in Nairobi, Kenya.  Among the challenges facing residents:

Kibera is left to its own devices. Government is absent: it offers the residents (regarded as squatters) no services, opens no schools, operates no hospitals, paves no roads, connects no power lines and pumps no water into homes.

...Just after eleven o’clock an explosion thunders past the paraffin seller. Lights in the shops along the lane expire instantly, then a mob charges past, accompanied by sharp screams and a sizzling, dancing power cable that has blasted off a faulty transformer overhead. The cable eventually goes limp and the crowd disperses. Minutes later the lights come back.

The transformer, like all power in Kibera, is run by shady types who tap into the city grid. They are less than scrupulous when it comes to safety and they charge heavily.

The key to making it in Kibera is access to capital. A market of one million potential customers crowds in on entrepreneurs, but raising the money to start a business is hard. Most banks won’t lend to them because they have no collateral, perhaps not even a fixed address. Those who manage to borrow face high interest rates. Moses Mwega pays 25% a year and considers himself lucky.

Mr Mwega’s wife fetches water from a privately run street tap, paying a few shillings to fill a 20-litre jerry can, and does the washing up. Mr Mwega says in the wealthy parts of Nairobi the residents get municipal water and pay a tenth of what it costs here.

Mr Kasiri says he must relieve himself but cannot afford to. In the city nothing is free. We come to a cement floor divided into seven stalls, each with a hole. “Is it clean?” asks the customer in front of us. The proprietor, Teresia Ngusye, seated on a stool, handing out tissue paper, says she cleans every hour, pointing down the alley to similar looking shacks. “See the competition I have.” She charges us ten shillings (12 cents), which she says will go toward building a second set of toilets.

During the day, Kibera is a rough place but a safe one. Guns are rare. No tolls are charged, no protection fees paid. Most of its markets are free of cartels. The slum is so vast and diverse that no ethnic group dominates it. But what is a virtue during the day turns into a danger at night. With nobody ruling the roost, muggers and thieves have a free rein. Some residents have installed metal gates at the entrances to their alleys and lock them at midnight.

Leaving the Pentagon, your correspondent is persuaded by concerned patrons to hire a watchman as an escort. He is summoned by mobile phone and turns up in minutes, dressed in red-and-white beads and a red cloth and carrying a spear and a torch. Most watchmen in Kibera are Masai. They have a reputation for fearlessness and loyalty—for which they are paid 50 shillings (58 cents).

Walking through empty streets we hear music doodling behind thin walls. Life happens indoors now. Most people are too scared to even visit a public toilet at night. Those who need to instead use a plastic bag at home and throw it over a wall. This is known as a “flying toilet”. Anyone out walking late is advised to look up as well as down.

Yet, people continue to move there.  The article highlights opportunity for employment (although primarily in the informal sector), entrepreneurism, and diversity as positives in Kibera.

His [Jonah Kasiri] village in Kenya’s west, as he describes it, sounds like many: a verdant clump of trees and animals where man eats what he can hunt or gather but has little chance of betterment.

For that one has to come to the city. His cousin went to Nairobi two years ago and returned for a visit last week, wearing two mobile phones in a leather pouch on the belt of a brand new pair of pleated trousers. That made an impression on Mr Kasiri. When his cousin offered to help him follow suit, he jumped at the chance.

...They are not unhappy, at least most of them are not. They have jobs to do and things to buy. Last night he talked to a man who sells stoves and learned that broken ones are cheap and easy to repair. Soon he will try his hand. He finds the idea of going back to the village hard to imagine.

One has to imagine what the talented and ambitious people streaming into Kibera could accomplish in an improved urban environment — with access to existing technologies at competitive prices (ie, infrastructure for water, sanitation, power, transportation, communication, etc.) and access to better rules (ie, the reliable provision of policing, education, and healthcare). The possibilities for a better life would be even greater. 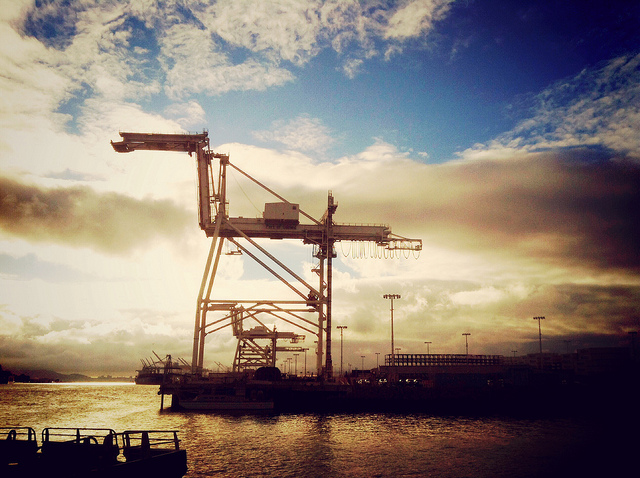