“This assessment is made based on several indications, including the number of violent crimes, incidents of rape, and malfeasance by members of the police department. It is clear that nothing short of a complete transformation is necessary and essential to ensure the safety for the citizens of New Orleans.”

His request for a “top-down” intervention was supported by a letter to the head of the Office of Civil Rights in the Justice Department that was signed by the leaders of dozens of community organizations. They wrote:

“We need a solution that addresses the systemic nature of the problem.

The U.S. Department of Justice can provide just this solution through utilization of the Violent Crime Control and Law Enforcement Act of 1994, which authorizes the Department of Justice to file civil lawsuits against law enforcement agencies that engage in a pattern of violating people’s rights and obtain a court order to monitor and reform them.”

Judging from the preferences revealed by the voters, elected officials, and community activists of New Orleans, incremental “patching” of the dysfunctional system of local rules will no longer do. To achieve reform, they want to use the credibility of the Justice Department to devise a new system — adapting to New Orleans the rules that are known to be effective elsewhere.

Cultural pessimists are quick to suggest that local culture is impervious to this type of intervention. They argue that it is better to stick with a “bottom-up” solution, which they interpret as a process of incremental, organic changes to the existing equilibrium. But in this case, the bottom-up demand is for a top-down solution. The community organizers in New Orleans understand something that cultural pessimists tend to miss: local culture both shapes and is shaped by formal rules, and effective formal rules can be adapted from elsewhere.

“We need your assistance because the good people of New Orleans are beleaguered by crime and a law enforcement agency that is incapable of correcting itself without federal intervention through your office and the federal courts. …The bottom line is we want the culture of our police department changed, which will require a paradigm shift that cannot occur without your immediate assistance.”

The historical evidence, well documented by North, Wallis, and Weingast, shows that the incremental, organic path from a society based on competing threats of violence to one governed by a strong, effective, and open government is incredibly slow and difficult. Only a small fraction of the people on earth now live in a society that has completed this transition. Remarkably, the citizens of a major city in the United States are not among them.

But New Orleans won’t wait centuries to reinvent effective governance. The Justice Department agreed to work with the mayor to overhaul the police department. The overhaul will begin with a comprehensive review that leads to a legally binding agreement for reform — reform that will be overseen by the Justice Department rather than the police force itself or locally elected leaders.

In the end, people in New Orleans speak not just for themselves, but for the billions of people who aspire to the kind of legal protections that the lucky few take for granted:

“We deserve this. Justice has been delayed and denied to us for far too long.” 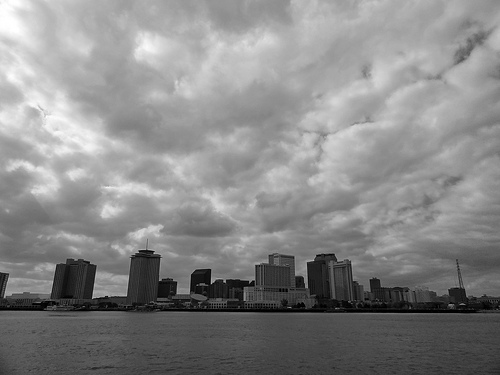