We are pleased to announce the launch of the Colombia Atlas of Urban Expansion, the result of a partnership between the Urban Expansion program at New York University's Marron Institute and the Colombian Government's National Planning Department (DNP). The Atlas is an assessment of the qualitative and quantitative attributes of the urban extents in 109 Colombian municipalities.

The Urban Expansion team spent a year compiling and analyzing data from the 109 cities. The researchers found that the rate of urban expansion in Colombian cities is much slower than cities elsewhere in the world, even in comparison to countries with similar levels of per capita income. The analysis also showed that Colombian cities are highly saturated and that open space is scarce. To see more of the results, visit the Colombia Atlas of Urban Expansion website.

The DNP hosted a launch event for the Atlas on October 23, 2017, in Bogotá, Colombia. The event included presentations from Paul Romer, the Chief Economist of the World Bank; Luis Fernando Mejía, the Director of Colombian National Planning Department; and Pedro Ortiz, a Senior Research Consultant of NYU Marron. A panel of experts also discussed the potential uses for the Atlas data in an array of fields from urban planning to economic development to public health. You can watch the footage of the event here. 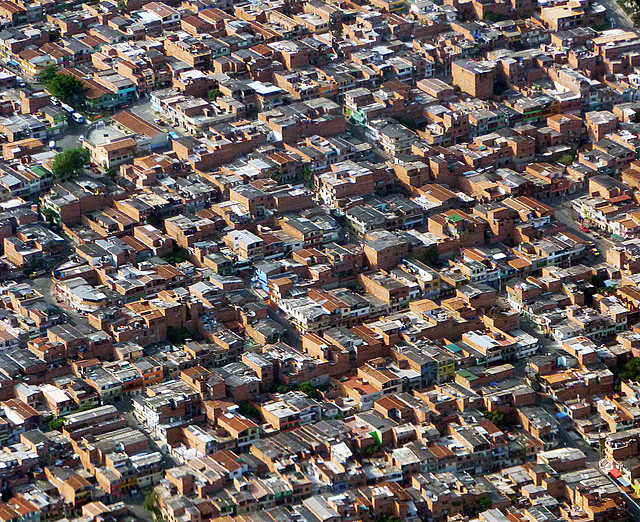