The Xiongan project, vigorously covered by the official media, has several goals: First, to unclog Beijing, a city of 23 million, faced with chronic pollution and not enough resources. "Beijing grew by absorbing suburbs and already has six ring roads," says Alain Bertaud, an urbanist who spent a long time working on Chinese cities and is now a senior research scholar at the New York University's Marron Institute. "This model radiating from the center is no longer tenable."

Despite the excitement, there are many challenges to overcome in the construction of a city from scratch.

"Many conditions are required for it to work," says Bertaud, the urbanist. "Building a city from scratch requires huge and immediate investments without return for many years. The biggest challenge will probably be that of transportation because they'll need to cover a vast territory where population density varies widely. For the project to create wealth, the city will need to do more than just relieve Beijing and also attract migrants from the countryside."

However, since Xi is personally involved with the project, and wants it to serve as his legacy, Xiongan may prove to be different than other "new areas" that have failed.

Alain Bertaud was working for the World Bank when the Chinese authorities showed him a project to turn a fisherman's village beyond the Pearl River delta into a city of 2 million. He admits he laughed at the idea. Now, 12 million people live in Shenzhen, which has become China's technological showcase. The lesson Bertaud draws from this is that "as long as you don't have evidence to the contrary, you should take the Chinese seriously!" 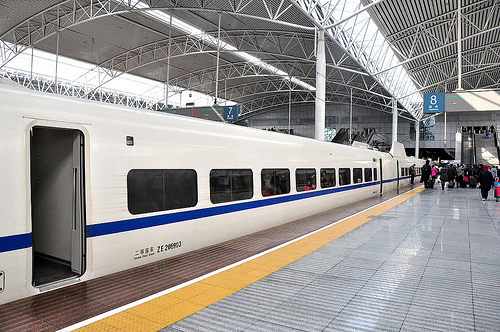