In the late 2000s, the fatal-accident rates of Chinese airlines were lower than those of airlines in Europe and the United States, even as Chinese carriers spent more and more hours in the sky. The culture of safety in China’s skies did not come from centuries of Confucian culture and respect for authority. It came from a decisive intervention that overhauled China’s aviation sector inside of a decade.

During the 1990s, China’s aviation rules failed to keep pace with the rapid growth and technical change in its airline industry. Travel within and abroad became more accessible but a lack of effective rules led to a series of fatal crashes between 1990 and 2002, leaving Chinese airlines with a reputation as some of the most dangerous in the world. China’s air-safety turnaround after 2002 illustrates the power of copying and implementing good rules.*

Organizations outside of China, such as Boeing, Airbus, and the United States Federal Aviation Administration (FAA), recognized that China’s airline sector required serious reform to meet international standards. The incentives for reform were well-aligned. Boeing and Airbus knew that unsafe airlines would eventually stall the growth of China’s aviation sector and slow their sales in the region. The FAA had an incentive to ensure that Chinese carriers entering the United States met adequate safety standards.

Not wanting to step on the toes of Chinese airlines and government officials, Boeing, Airbus, and the FAA cautiously advised airlines and regulators beginning in the mid-1990s. They provided free training for pilots, controllers, and flight operations personnel and worked with regulators to rewrite the aviation rule book. The offer of assistance from the FAA was welcomed in part because Chinese authorities knew that the FAA might disqualify Chinese airlines from landing in the US. The authorities also understood that the FAA might pressure US carriers not to affiliate with Chinese partners that have substandard safety records. Despite the Chinese receptiveness to external expertise, crash-rates in China remained stubbornly high in the late 1990s as the airline industry continued its rapid expansion.

In 2002, the Chinese leadership appointed Yang Yuanyuan head of the civil aviation agency, holding him accountable for reaching air-safety goals but giving him wide discretion in the pursuit. If the clear threat of losing his post was not adequate motivation for Yang to shore up safety, the deadline created by the 2008 Olympics added even more urgency to his efforts. Yang did not disappoint. Armed with the power to shut non-complying airlines or fire ineffective regulators, he completed the regulatory overhaul by extending China’s relationships with the foreign firms and regulators at the forefront of aviation safety.

Yang set up an exchange program for Chinese airline officials, traffic control managers, and regulators to learn from their counterparts in the United States and Europe. He established a formal channel for foreign manufacturers of airplane parts to provide technical assistance to Chinese airlines. He also gave foreign investigators access to Chinese crash sites, ensuring his agency would learn as much as possible about preventing future crashes. He even allowed an external authority, the International Air Transport Association, to audit the safety of Chinese airlines and publish the results.

Less-developed countries where flights are relatively scarce may not need a modern regulatory apparatus to manage air traffic. But as economies grow and airline industries expand, conditions change. Loose or informal sets of aviation rules will quickly be rendered dangerously ineffective. Other countries where aviation rules have failed to keep up with expansion of the airline industry and the influx of modern aviation technology may do well to examine China’s experience. But China’s air-safety turnaround offers more general lessons about changing the rules as well.

The new technologies that drives growth can also render existing systems of rules ineffective. The story of China’s airline industry offers tips for adopting more effective rules. First, an accountable executive with a mandate can achieve change quickly and responsibly. Second, the willingness to copy well-functioning systems of rules from outsiders and leverage outside expertise can take much of the guesswork and haphazard trial and error out of devising better rules. 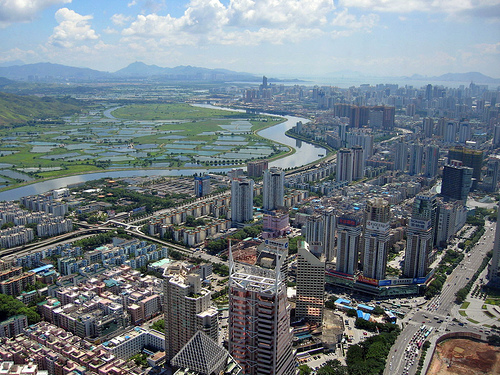