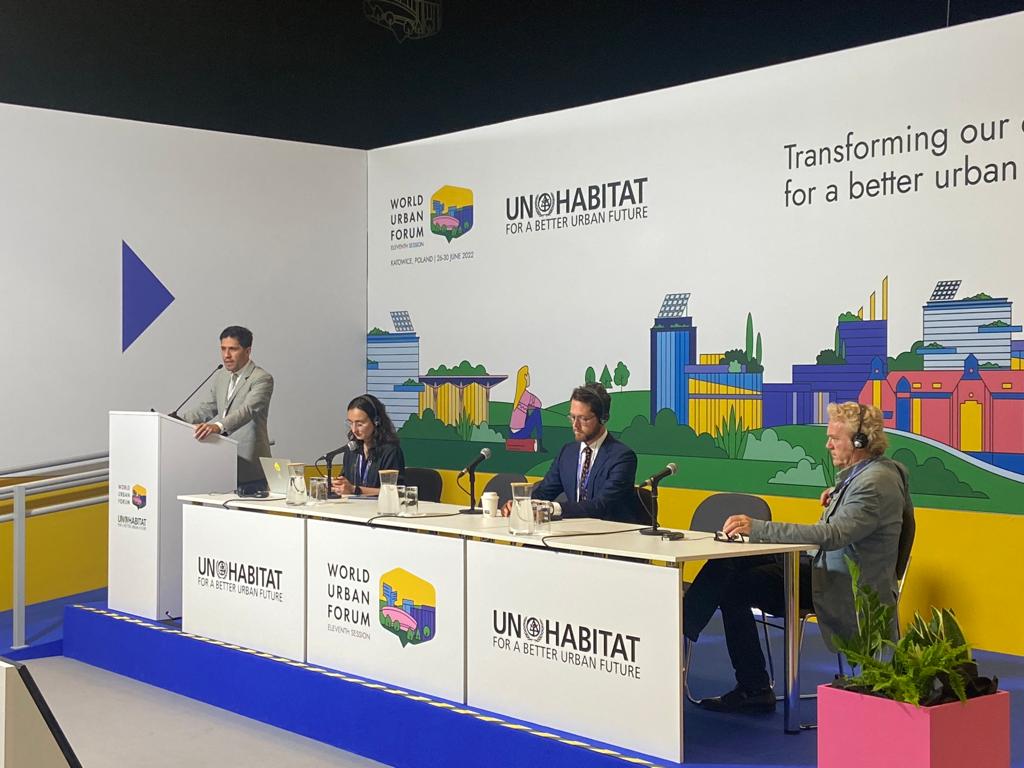 Research Scholar Patrick Lamson-Hall and Program Scholar María Mónica Salazar Tamayo attended the 11th World Urban Forum (WUF11) in Katowice, Poland, on behalf of the Urban Expansion program. The previous WUF was held in February 2020, just before the global pandemic shut down travel. WUF11, despite global headwinds, was overwhelmingly positive as people caught up on the last two years of work and planned future projects and collaborations.

At WUF, the Urban Expansion program worked to expand global knowledge of urban expansion planning. Cities in the Global South are expanding rapidly, and simple plans to organize this growth can lead to greater productivity, the inclusion of migrants, and better sustainability of natural systems. With training from the Urban Expansion program, over 30 cities have developed urban-expansion plans, and the program sought additional partners at WUF11.

Cities have long been the most important force for economic and social development and are now understood as critical partners in addressing the climate crisis. But despite over two-thirds of global urban growth occurring in secondary cities, there are few actionable strategies for those cities. The Urban Expansion program has developed and implemented planning strategies for secondary cities in the Global South. They are now working with partners to do the same for climate-change mitigation, adaptation, and making room for climate migrants. The definition of success is implementation on the ground.

After sharing the successes of the last two years, the Urban Expansion program is looking ahead to COP27, where they plan to present innovative solutions to include rapidly growing cities in the Global South in mitigation and adaptation plans for climate change. The team is seeking partners to fund climate-change work and to extend their ongoing efforts to promote orderly urban expansion.