Adopting better rules can be difficult. The efficiency gains from policies like congestion fees, tariff reductions, lower farm subsidies, or a carbon tax may be indisputable to economists, but political obstacles consistently thwart their implementation. It’s not hard to see the source of political rejection. In principle, each of these policies can make everyone better off. In practice it is typical for some people to lose. For would-be losers, political promises to the contrary often lack credibility.

Rather than giving up or making dubious promises when political opposition threatens the pursuit of better rules, it’s worth thinking about how we approach rule changes to begin with. Can we come up with a better set of rules for changing rules?

The adoption of congestion pricing in Stockholm offers an interesting example of a meta-rule: a mechanism for innovation in the space of rules. To change traffic rules there, city officials employed a meta-rule based on the “try before you buy” strategy that firms use to enhance the credibility of their product claims. Instead of committing everyone to a big and permanent change, the officials let residents sample the new traffic rules for themselves during a finite trial period. By giving people a chance to try the new rules the officials won majority support for a previously unpopular idea.

Unless drivers pay the full social cost of crowding congested urban roads during peak hours, then those roads will remain overused and society will pay a large cost in wasted time.

Some cities tackle the problem by cordoning-off their centers and using electronic tolling to collect congestion fees. The fees rise during peak hours and decline during off-peak hours. To avoid the charge, some people commute during non-peak hours, some people carpool, and some others commute by train, bus, bicycle, or metro. Drivers who pay-up experience less congestion and shorter commute times. For higher income drivers, the benefits from less congestion outweigh the fee. The challenge for city officials is to ensure that people who stop driving end up better off as well. It’s possible to use revenue from the charge to upgrade public transport services, improving the commute everyone.

Congestion pricing is a potentially powerful way for cities to manage traffic problems but only a handful of major cities use it. Lack of political acceptability tops the list of obstacles to its implementation. Drivers prefer less congestion and quicker commutes, but they are also averse to paying for road access that they’re used to getting free of charge. What’s more, political promises to improve public transport may not be credible to the people who would stop driving to avoid the fee. The fear of electoral rejection, in a popular vote on congestion pricing or in a reelection bid, is enough to keep city officials from pressing the issue. Stockholm, the only major city to enact congestion pricing in a popular vote, is an interesting exception to the political deadlock.

Bjorn Harsman and John Quigley describe Stockholm’s adoption of congestion pricing in a recent paper. Before holding a referendum on congestion pricing in 2006, the city conducted a trial. For seven months, drivers paid congestion charges upon entering Stockholm’s center. Officials also increased citywide bus service to demonstrate the benefits of the charge to non-drivers. In pretrial polls, the majority of residents opposed the charge. After the trial ended, 52 percent of residents voted in favor of permanent congestion pricing. Firsthand experience with the benefits of the scheme appears to have tipped the scales.

Cities like San Francisco, Chicago, and New York should take notice but city officials are not alone in the struggle to adopt better rules. Leaders in firms and other social organizations face the same difficulties. When political acceptability is the obstacle, we might do well to try Stockholm’s meta-rule. Set up a trial period and give people a chance to experience the new rules firsthand. A bit of experimentation can go a long way toward changing the suboptimal status quo.

How does all of this relate to charter cities? Economists agree that bad rules hold some of the poorest countries back from the kind of economic growth that would allow them to catch-up to developed countries. Charter cities are a meta-rule for changing the rules in less-developed countries – an approach based on building new city, with new rules, and choices for people about whether to opt in. If people in the world’s least developed places can access better rules, they can dramatically improve the quality of their lives and those of their family members. Getting the meta-rules right is a powerful way to accelerate human progress. 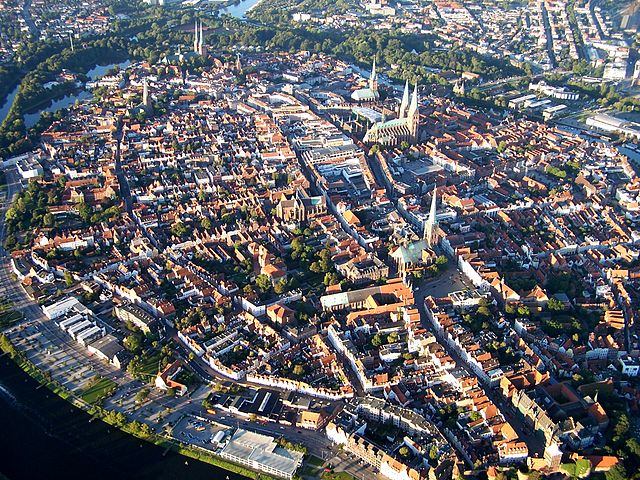