Recent riots in Bogota stem from service problems on TransMilenio, the city’s bus rapid transit system. Though TransMilenio is considered an exemplar of public transit, dissatisfaction with the system had been building for some time, according to Eric Jaffe at the Atlantic Cities blog:

Public approval of the system began to drop in 2004, with people complaining about crowding and fares. In March of that year passengers protested poor service that resulted largely from ongoing repairs to three of the busways. In April 2008 passengers again went on strike over the system’s service, this time citing overcrowded buses, low frequencies, and a lack of alternatives. Traffic models from this time suggested that without steps to increase the city’s public transportation coverage, congestion would reach a standstill by - you guessed it - 2012.

Jaffe goes on to suggest that the system is a victim of its own success and, rather than abandoning the model, Bogota should do whatever it can to expand service more quickly. In the meantime the city might benefit from a way to smooth ridership, which seems particularly unruly at its peak:

At rush hour, stations are so packed that people can’t get off the bus, let alone on it. The crowding encourages some travelers to return to their cars, which only increases congestion in the city. Meanwhile the fare, at $1, is considered high for a city whose low-income users earn daily salaries only three times that, on average.

Raising fares during peak hours, though sure to reduce congestion, seems likely to make matters worse in Bogota. The city leadership might want to keep a close eye on the Incentives for Singapore Commuters (INSINC) study, led by Stanford engineering professor Balaji Prabhakar. The INSINC pilot, which seems to be working, might shed some light on ways to relieve pressure by encouraging off-peak trips.

Prabhakar’s team devised a reward system in which commuters get 1 credit for each kilometer they travel and triple-points for kilometers traveled during shoulder-peak times, the hours just before and after rush hour. The more credits a commuter earns the better her chances at a cash prize. Prabhakar is also working on a scheme to reduce rush hour congestion on the Stanford campus.

A similar scheme in Bogota could reduce transit related tensions and buy the city some time to expand its normally admired bus rapid transit system. 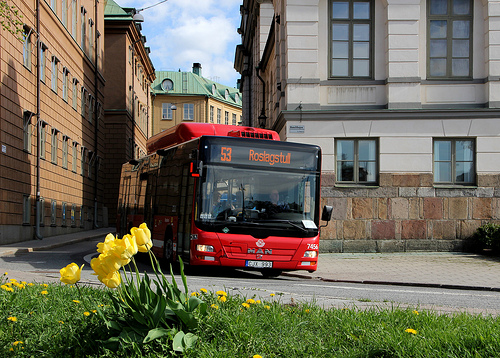