The government in Honduras is convinced that a charter city could be the safe playing field, with new rules, where Hondurans of all backgrounds can come together and put their skills to work with the financial resources, expertise, and technology available in the rest of the world.

To implement this vision, the Honduran National Congress has already passed an amendment to the constitution that gives the government the power to create special development regions (which based on the name in Spanish, are abbreviated as REDs). The amendment passed with 126 votes in favor from a total of 128 members of Congress (one abstention and one vote against.) The nearly unanimous vote sends a strong signal about the breadth of support for this new initiative. The National Party, the party of the government and the President (who is elected separately), has about 70 seats in Congress. Members of all parties supported the amendment, including members from rival factions within the opposition Liberal Party.

To become a part of the constitution, the amendment must be passed again in the new Congressional session, which has already begun.

Here are the key points in the amendment:

Most important among the immediate next steps is a public discussion about the merits of establishing the first RED, its location, and the specifics about how foreign governments can assist in its governance. The government is already working to raise awareness of the effort both in Honduras and internationally. The international efforts will focus on potential partner countries, major investors, firms and individuals with special expertise, and influential supporters in the broad community of people concerned with economic development.

Charter Cities will continue to play an independent advisory role. As a 501( c )(3) we rely exclusively on philanthropic support. We do not accept consulting fees or expense reimbursement from the Honduran government or any other government. Nor will the organization or anyone who works for it have any financial stake in the development of a new city.

A new city in Honduras could create important opportunities. Each year, roughly 75,000 people leave Honduras in search of jobs in the United States. Many go without their families. Around 10,000 of them are kidnapped along the way and held for ransom. Many who reach the United States live in fear of deportation.

The total number of people who incur these risks and deprivations to seek out opportunity is very large. Before the most recent slump, estimates suggest that about 1 million migrants from Latin America reached the United States each year and that at least two-thirds of them do not have legal status.

The passage of the amendment is a decisive first step toward creating in Honduras the kinds of opportunities that migrants seek up north, but in a place where families can stay together, be safe, and enjoy the full protection of the law. The specifics have yet to be determined, but discussions have centered on a site large enough to accommodate a city that could eventually grow to 10 million people. As large as this sounds, it is small compared to the annual flow of migrants from the region into the United States.

This bold step did not go unnoticed—several major international investors have already expressed interest in the project. President Lobo will soon travel abroad to build more public and private support. We hope that the rest of the world will respond in kind, working with the Honduran people to establish a new city—a city that could become an important hub for the Western hemisphere and a driver of growth and development in the region. 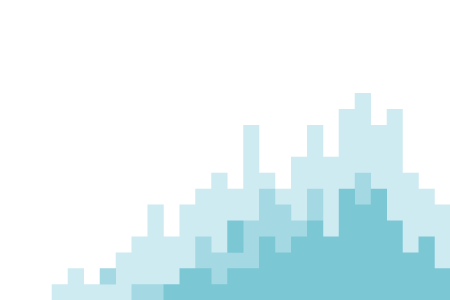