The Anatomy of Density: Urban Densification in Practice 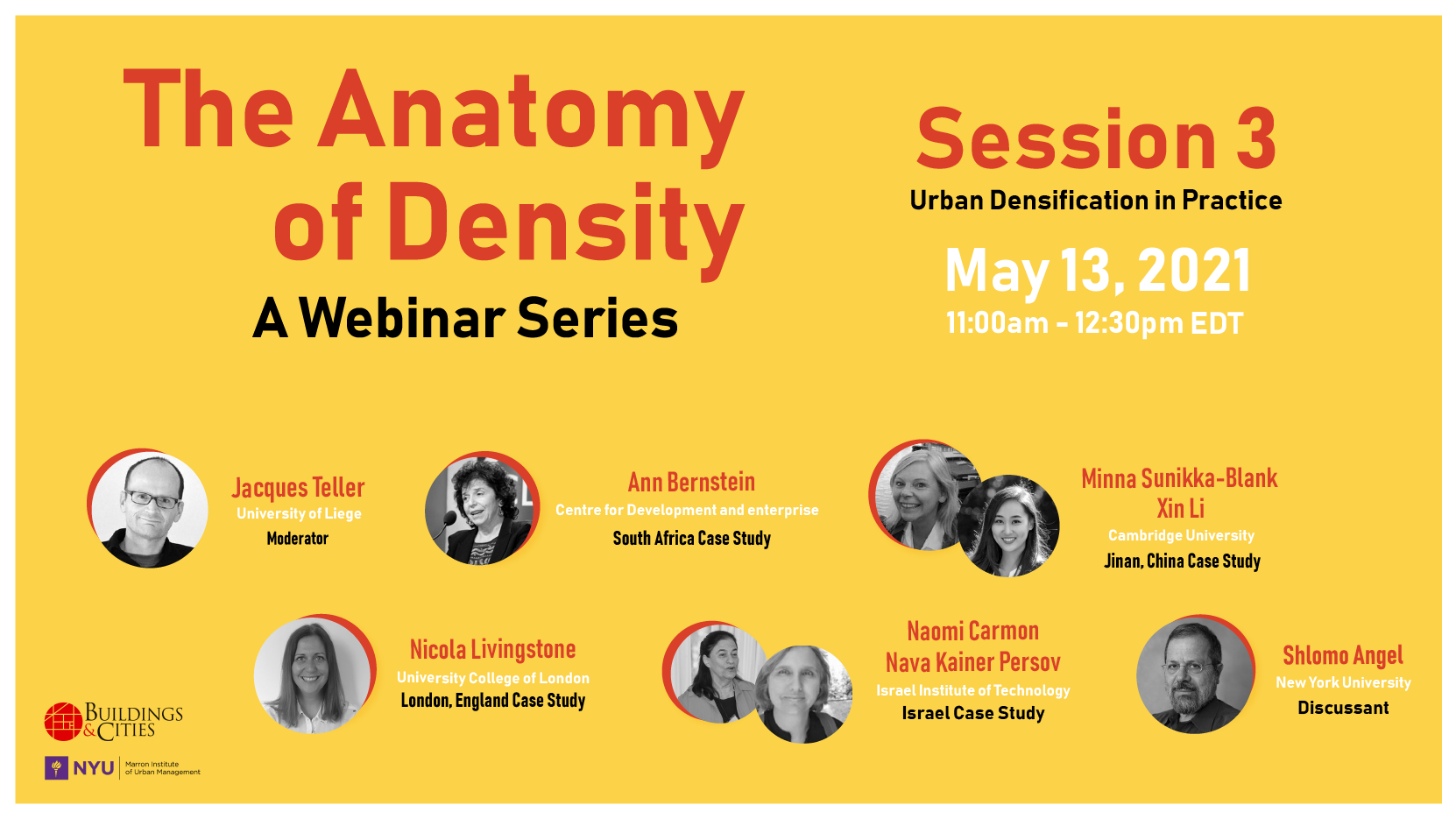 Join the Urban Expansion program and Buildings & Cities for its third webinar, “Urban Densification in Practice,” as part of its “Anatomy of Density Series.” Urban densification has long been accepted as a key planning strategy for cities, aimed at curtailing expansion into virgin lands on the urban periphery—commonly derided as “sprawl”—while making cities more productive, more affordable, healthier, more vibrant, and more resilient to climate change. In practice, however, densification of existing neighborhoods has been difficult to attain with the tools available to city planners and has often been successfully resisted by NIMBY (“Not in My Back Yard”) activists. Indirect efforts at densification by forbidding urban expansion have often failed and, when successful, have typically resulted in land-supply bottlenecks that reduced housing affordability. This webinar will focus on emerging practices aimed at making more room within existing footprints of cities to facilitate densification, while avoiding its pitfalls and successfully confronting local resistance. This, it turns out, is not so simple: the costs and benefits of densification depend intricately on its direct, indirect, and cumulative effects on present and future inhabitants, at various scales, and with spatial justice in mind. This webinar will focus on four case studies in cities or countries that attempted, or are attempting, to densify in practice—(1) South Africa, (2) Jinan, China, (3) London, and (4) Israel—and discuss the merits and limitations of densification strategies in various urban settings.