The Anatomy of Density: Densify and Expand 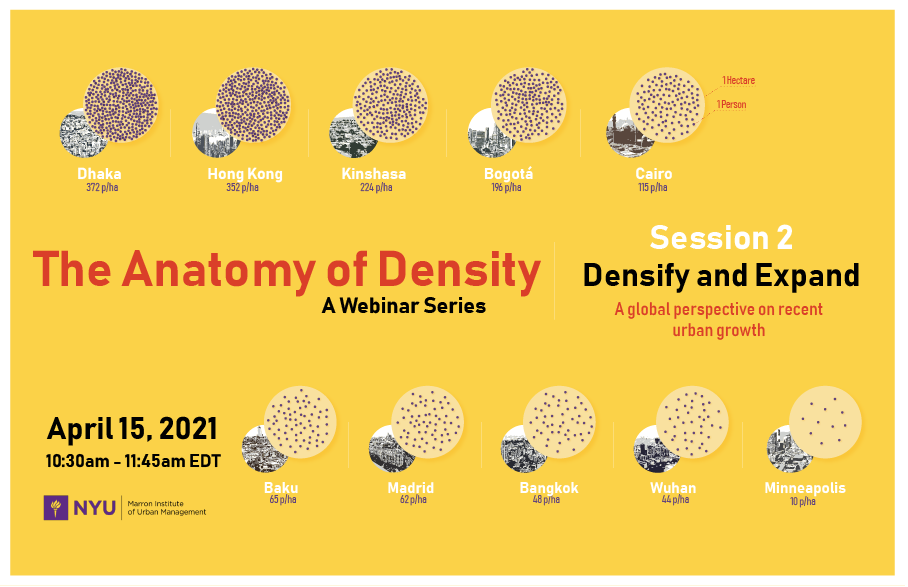 Serious concerns with accelerating global warming have yielded urgent calls to increase urban densities: Higher densities are associated with lower greenhouse-gas emissions, especially those from motor-vehicle use. In order to densify meaningfully in the coming decades, cities need to make room for more people within their existing footprints. If they can’t, cities need to create more room through outward expansion, typically resulting in lower overall densities. In a recent study, we focused on the population added to a sample of 200 cities, between 1990 and 2014. In three-quarters of the cities, the areas built before 1990 gained population and thus densified significantly. On average, however, only one-quarter of the total added population was accommodated within the 1990 urban footprints, while three-quarters was accommodated in the newly built expansion areas. This resulted in an overall decline in average urban densities, despite the near-global, decades-old, and rarely questioned consensus that urban expansion must be contained. In this webinar, we present the results of our study and discuss implications for the future of densification and expansion.