The Anatomy of Density: Densification Advice for New York City's Next Mayor 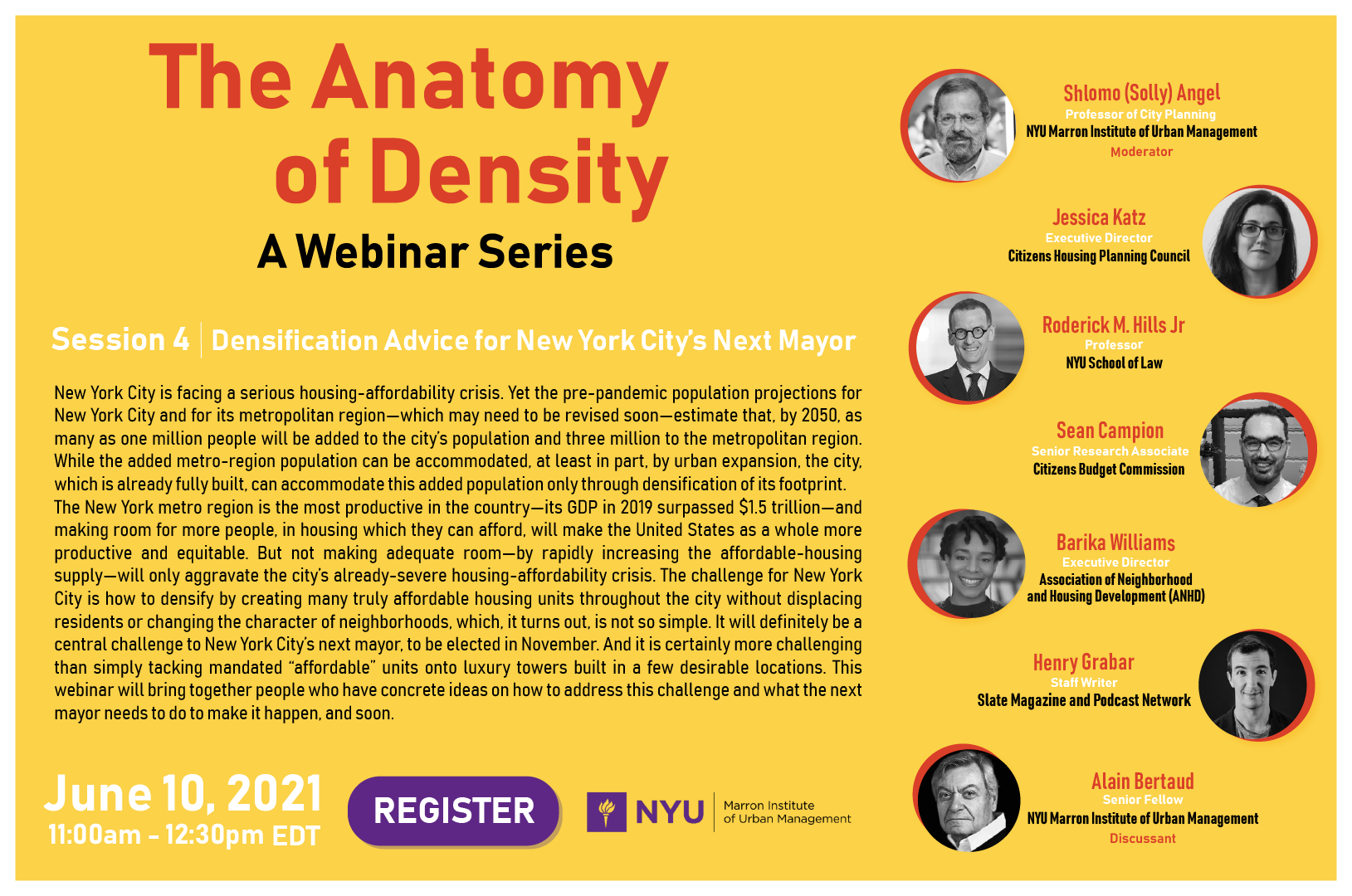 New York City is facing a serious housing-affordability crisis. Yet the pre-pandemic population projections for New York City and for its metropolitan region—which may need to be revised soon—estimate that, by 2050, as many as one million people will be added to the city’s population and three million to the metropolitan region. While the added metro-region population can be accommodated, at least in part, by urban expansion, the city, which is already fully built, can accommodate this added population only through densification of its footprint. The New York metro region is the most productive in the country—its GDP in 2019 surpassed $1.5 trillion—and making room for more people, in housing which they can afford, will make the United States as a whole more productive and equitable. But not making adequate room—by rapidly increasing the affordable-housing supply—will only aggravate this crisis. The dilemma for New York City is how to densify by creating many truly affordable housing units throughout the city without displacing residents or changing the character of neighborhoods, which, it turns out, is not so simple. It will be a central challenge to the next mayor, to be elected in November. And it is more difficult than simply tacking mandated “affordable” units onto luxury towers built in a few desirable locations. This webinar will bring together people who have concrete ideas on how to solve this problem and what the next mayor needs to do to make it happen, soon.