The torrid expansion of rain forest cities is visible in places like Parauapebas, which has changed in a generation from an obscure frontier settlement with gold miners and gunfights to a sprawling urban area with an air-conditioned shopping mall, gated communities and a dealership selling Chevy pickup trucks.

The story cites research finding that deforestation has outstripped reforestation over the previous decade in Brazil. This reminded me of a story in the Times a few years ago that suggested the potential for the opposite result at a more global scale.

About 38 million acres of original rain forest are being cut down every year, but in 2005, according to the most recent “State of the World’s Forests Report” by the United Nations Food and Agriculture Organization, there were an estimated 2.1 billion acres of potential replacement forest growing in the tropics — an area almost as large as the United States. The new forest included secondary forest on former farmland and so-called degraded forest, land that has been partly logged or destroyed by natural disasters like fires and then left to nature.

Urbanization has a role to play in the reforestation process as people move away from rural areas in which our environmental footprint is rather large and activities like subsistence agriculture and forestry can be especially destructive. But given the net loss of Brazilian rain forest that Romero’s story describes, one question is how much of the net loss is attributable to urban expansion as opposed to other activities. My guess is that the share attributable to urban expansion is relatively small, but this is an interesting question.

Another question is what, if anything, can be done about urban encroachment in the Brazilian Amazon. Between 1970 and 2010, Brazil added about 111 million urban residents. Between 2010 and 2050, it will add another 38 million. After 2050 urban growth will decelerate even further as Brazil’s overall population stabilizes or even declines. In other words, Brazil’s most intense period of urbanization is behind it, which is probably good news for carbon sinks in the Amazon—encroachment on native rain forest will slow and reforestation will have a chance to catch up.

But I do wonder whether land use policies in Brazil’s most thriving metropolises influence the growth of rain forest cities. By increasing living costs, artificial constraints on the supply of land and housing in Brazil’s biggest cities could encourage urban growth in the parts of Brazil where the supply of land and housing is more elastic, places that may also be much more environmentally sensitive. Another interesting question.

UP non-resident scholar Matt Kahn shares some interesting thoughts on Romero’s article here. Urban Demographics points to some papers on land use dynamics in the Brazilian Amazon here. 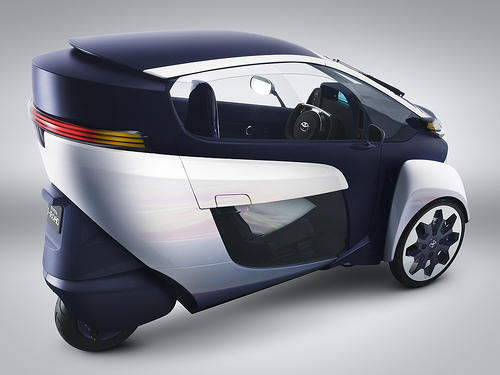