skip to main content
more on: Alain Bertaud,  land use

Rapid urban growth poses challenges for both China and Vietnam. While markets play an increasingly important role in how the two countries meet this challenge, the market for land continues to be dominated by one player: the state. In principle land ownership gives the state carte blanche over land use. In practice the Chinese and Vietnamese governments exercise this power in very different ways. As a result, China and Vietnam have very different patterns of urban development.

In a recent paper, Alain Bertaud points out that the differences are perhaps most visible when one considers how the Chinese and the Vietnamese approach redevelopment — both redevelopment of traditional urban neighborhoods and redevelopment of rural villages on the expanding urban periphery. Where China tends to rely on projects that relocate, demolish, and rebuild at very large scales, Vietnam takes a more laissez-faire approach, avoiding relocation and giving greater regard to traditional form.

According to Bertaud, China’s redevelopment of the ancient walled city of Tianjin is emblematic of it’s approach for facilitating urban growth.

The old walled city of Tianjin covered an area of 200 hectare with a population of 106,000 people according to the 2000 census…In 2000 the area was still occupied by a dense maze of courtyard houses with a few shopping streets with petty commerce and restaurants.In January 2004, the area had already been entirely cleared of its population, relocated in the flats in the periphery.In Aug 2011, the area had been entirely rebuilt with large high rise apartment buildings on the periphery of the site, community facilities and low rise residential buildings in the more central locations. 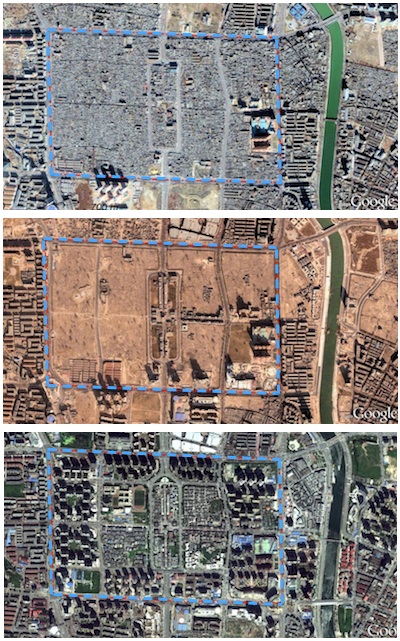 Though the Vietnamese government tends to avoid large-scale demolition of existing housing, it is not as though its urban neighborhoods are preserved in aspic. The redevelopment of traditional neighborhoods may not resemble a Chinese mega project but structural change in these neighborhoods continues apace, in part because the households and firms that lease land in Vietnamese cities face minimal regulatory constraints. Urban land users are largely free to redevelop their buildings and dwellings as they see fit, something they do quite a bit of as their incomes continue to rise.

The image below, from Hanoi, is indicative of urban redevelopment in Vietnam. One of the land users chose to add an eight story structure to a rather small lot, unconstrained by restrictions on floor area ratio. Other land users consolidated the leases for several lots and built more traditional structures. It’s a process driven largely by the private initiative of individual leaseholders rather than the state. 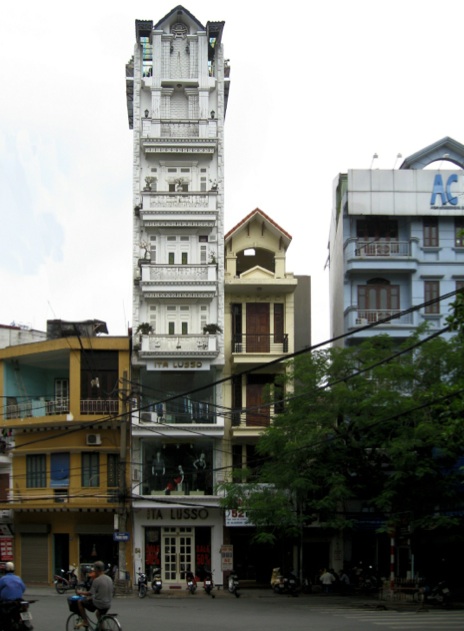 Rapid urbanization in China and Vietnam also means urban expansion into the countryside. This poses a challenge because the immediate peripheries of large Chinese and Vietnamese cities are often populated by a network of compact villages. As Bertaud points out, the people in these villages aren’t moving to the city so much as the city is moving to them. But here again, China and Vietnam rely on different strategies.

Because the Chinese government is concerned about the loss of agricultural land, it uses a quota system to restrict the conversion of arable land into urban use. Village land, however, is not considered to be under agricultural use and is not subject to the conversion constraints. As Chinese cities expand, the land conversion quotas begin to bind, and developable land becomes scarce. Chinese planners often respond to this scarcity by redeveloping the villages on the urban fringe at much higher densities, absorbing the costs of demolition and villager relocation through apartment sales.

The Vietnamese authorities allow large-scale greenfield development on the urban periphery. But they actively avoid redeveloping existing villages, preferring to integrate them into the expanding city by upgrading village infrastructure and linking it to the city’s trunk infrastructure network. Much like land users in Vietnam’s traditional urban neighborhoods, the villagers are free to build additions to existing dwellings. They often rent the additions out to new migrants, thereby expanding the supply of affordable housing.

Bertaud points out that China’s mega projects are efficient and well-coordinated. And one has to respect “the incredible logistical effort that has allowed the orderly urbanization of 437 million people in less than 20 years.” But he also makes it clear that project scale comes at the expense of “the individualism and idiosyncrasy” characteristic of urban form Vietnam. Both countries have much to teach the rest of the urbanizing world but the Vietnamese approach may be more practical in the many parts of the world where large-scale relocation is a political non-starter. 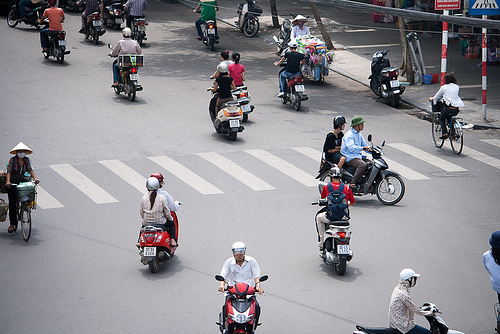 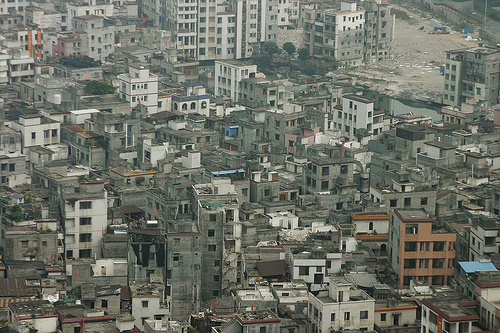