In October 2014, NYU launched the NYU Stern Urban Expansion Initiative in Mexico. There are several intermediate Mexican cities that are prime candidates for the Initiative because of their high growth rates: Playa del Carmen, Cancun, Reynosa, San Cristobal de las Casas, San Juan del Río and Manzanillo. Additionally, other cities are prime candidates because of their political interest and institutional capacity, including Queretaro, Hermosillo, Tijuana, Chihuahua, and Durango. Those cities are the focus of the Mexico Urban Expansion Initiative.

The built-up areas of these cities can be expected to expand at an even faster rate than their population. As a recent study (Shlomo Angel’s Planet of Cities, 2012) shows, when urban population growth is accompanied by economic development and by the increasing availability of inexpensive transport, the consumption of urban land per person grows as well.

According an intermediate projection, by 2045 the areas of cities will grow by the same multiple as their population, meaning that all eleven cities at least will multiply their built-up area by 1.88.  According to the very high projection—a 2% annual increase in urban area per person—4 cities, Playa del Carmen, Cancun, Reynosa and Queretaro, are projected to more than triple their built-up areas between 2015 and 2045. These projections are preliminary, of course. Still, even given a large margin of error, the numbers speak for themselves. And as the historical expansion trajectories of other rapidly growing cities show, they are not unrealistic or unreasonable.

These cities now face a simple yet ominous choice: They can seek to block this projected expansion with containment strategies—such as greenbelts, smart growth policies, urban growth boundaries, or compact city regulations—or they can make adequate room for this expansion so that it occurs in an orderly, efficient, equitable, and sustainable way. The Urban Expansion Initiative seeks to work with municipalities in Mexico that prefer the second option and are willing to expend both human and financial resources to attain it.

More specifically to Mexico, The Mexico Urban Expansion Initiative seeks to formalize a collaboration agreement with the Senate of the Mexican Republic and is in talks with the Ministry of Agricultural, Territorial and Urban Development (SEDATU) and the National Public Works Bank (BANOBRAS) to finalize a program of institutional support for a group of pilot cities in Mexico, referred to in this report as Founding Municipalities (Municipios Fundadores).

The Mexico Urban Expansion Initiative has a work scope of three years, having already started in October 2014. During a two-week period, between the 2nd and 15th of February 2015, a team of NYU Expansion Initiative experts—formed by Jaime Vasconez, Leader of the Latin America Expansion Initiative; Alejandra Rangel, Coordinator of the Initiative in Mexico; and Gabriel Ballesteros, Lawyer for the Initiative—visited 5 cities that could potentially participate in the initiative as Founding Municipalities: Queretaro, Cancun, Playa del Carmen, Hermosillo and Chihuahua. Several additional cities, Reynosa, San Juan del Río, San Cristobal de las Casas, Manzanillo and Tijuana, will be visited in July 2015. 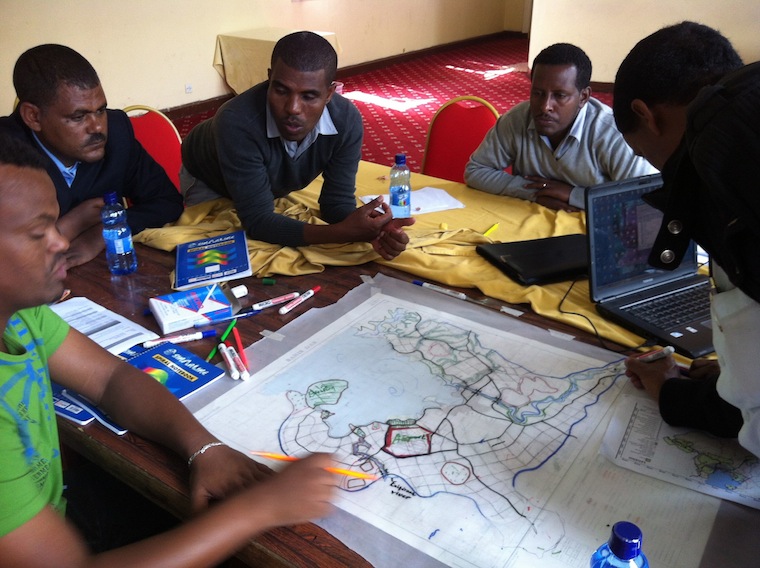