Because changes in fishing technology have outpaced changes in fishing regulations, we’re facing the serious threat of a global collapse in fisheries. But as Brad Plumer points out in a recent post for Wonkblog, part of this threat stems from the fact that governments have trouble effectively enforcing the rules we’ve got.

obscure new study in Nature Communications that outlines a novel method for figuring out where those fish that appear on the dock are actually coming from.The study comes out of a E.U.-funded project called FishPopTrace that launched in 2008. The authors, led by Bangor University’s Gary Carvalho, say they’ve figured out a way to differentiate fish populations of the same species — to distinguish between, say, legal cod from the Eastern Baltic and illegal cod from the North Sea. By examining “single nucleotide polymorphisms,” tiny genetic variants, the researchers could determine the origins of Atlantic cod, Atlantic herring, sole, and European hake to within 93 to 100 percent accuracy.

In this case, better technology can strengthen the existing rules rather than undermine them. That said, it still seems as though a broader shift in the regulatory regime—toward individual tradable quotas (ITQs), or catch shares—is our best bet for avoiding a global collapse in fisheries.

Though promising, the new tests are not cheap. Plumer cites an article that puts the cost at $25 per fish. Because catch shares would give fishermen a strong incentive to preserve the integrity of the fisheries in which they own shares, their efforts to self-police fisheries could augment the better tests. Indeed, share owners might happily shoulder the costs of fish testing if it allowed them to keep outlaw fisherman from pilfering their stocks—potentially creating a stronger market for such services and inducing further cost-cutting innovations. 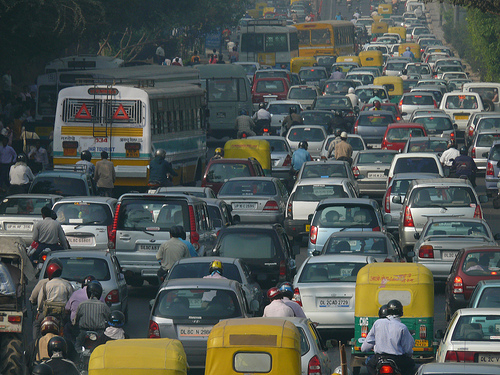